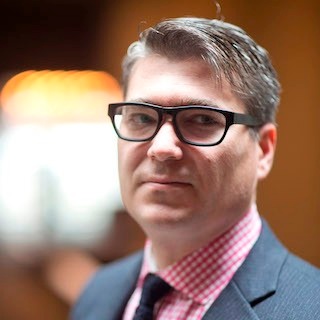 Serving as the foundation and springboard for launching WealthQuotient, Mr. Friedman was most recently the co-founder and former president of Wealth-X, the world’s first and only global wealth data and intelligence platform serving the top global brands in luxury, financial services and non-profit organizations. Mr. Friedman and his co-founder Mykolas Rambus successfully sold a majority share of Wealth-X to Insight Venture Partners, an $8B private equity fund based in New York City.

Mr. Friedman is also the Co-Founder of LifeChain, a technology and Multi-Family Office platform that is revolutionizing the way families of substantial wealth understand and monitor their risk across their total Life Balance Sheet.

As the Co-Founder of Wealth-X, Mr. Friedman has emerged as one of the world’s leading experts on the global ultra affluent market and his opinions on a broad range of topics involving the ultra-wealthy have been featured in the Wall Street Journal, New York Times, Financial Times, The Guardian, Investment News, CNBC and The Telegraph and he has had frequent appearances on various news programs including the BBC, FOX, CNN and Bloomberg.

Please fill out the form below and a WealthQuotient representative will reply as soon as possible.